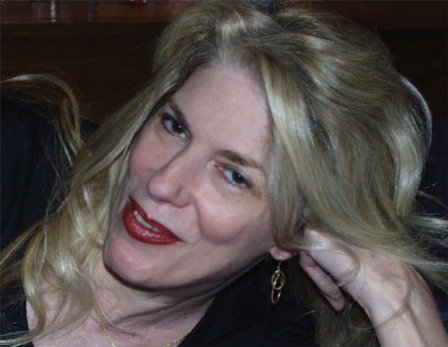 Andrea Dagmar-Swenson Brown, aka Dagmar, was initially trained classically -- first the basics on piano, beginning at age 7, and moving to violin at age 11. She chose violin because her mother's father, Julian A. Lapinski, was a violinmaker extraordinaire who tended the stringed instruments of the New York Philharmonic as well as devising his own tools and varnishes to create violins by his own hand. Only three are still known to exist. 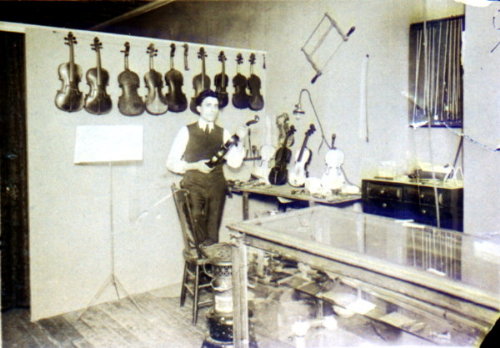 Rare photo of Julian Lapinski, in his New York City shop with his violins, circa 1922,
from a story in The Bronx Home News

At age 11, Andrea performed her first solo concert on violin accompanied by her mother on piano. She took private violin lessons for a total of seven years: first, with Jerry Rosenthal, a kind and patient teacher and a member of the U.S. Navy band. Her studies with Mr. Rosenthal ended abruptly when he and the rest of the band were killed in a mid-air collision over Colombia, South America while on tour. Her new teacher was Chester Petranek who oversaw and also conducted the Montgomery County Youth Orchestra of which she was a member. She was also a member of Tri-M (Modern Music Masters) music society as well as playing classical violin with a quartet (two violins, viola, cello) in competitions and for fun. She continued studying violin and voice in public school. 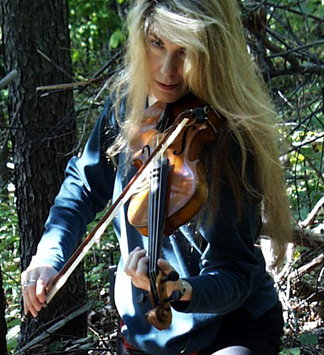 Dagmar gets down wid the tunes in the temperate-zone forest, self-portrait 1999

How did she make the jump to rock'n'roll? It seems like a long leap, but secretly, throughout her years as a classical instrumentalist, her heart was rockin' and rollin'. As the “black sheep” of her family, she knew that all the rock and roll tunes of the day that she was memorizing and singing in the closet would be severely disapproved of by her classical family. She didn't share her secret until years later, when she began writing, performing and recording her original material (for which she owns a multitude of copyrights) as well as performing and recording her distinctive interpretations of classic rockabilly and blues. The International Billboard Songwriting Contest awarded her an Honorable Mention, and her video music tracks garnered awards as well.

Since those early days, Dagmar has performed on many stages -- clubs, concert halls, and live radio and TV shows. Starting as a soloist, accompanying herself while fingerpicking acoustic guitar, she performed at Maryland-DC-Virginia area clubs, worked with radio stations, performed a solo concert at a packed Gaston Hall, (Georgetown University, Washington, DC), and briefly, in her first experiment with an accompanist, she worked as a duo with upright bassist John Previti. When she auditioned for, and won, a six-week tour to Europe and Africa, she performed in enlisted men's and officers' clubs at U.S. Navy bases in Spain and Morocco. Upon her return, Dagmar put together a rhythm and blues group, The Kokomo Mojos. It was a short-lived but noble experiment. Following its demise, she put together a three-women, one-man rockabilly act with a punk edge, The Seductones (a.k.a. Dagmar and The Seductones), that played regularly at one of the DC area's best-known rock institutions, The Psychedelly. 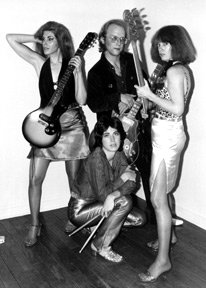 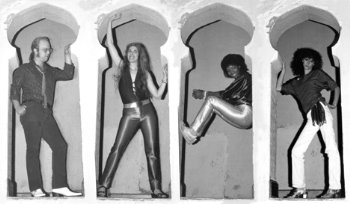 They were surfing the wave of the neo-rockabilly movement that roared through Washington, DC in the early 1980's. They continued to perform around the Mid-Atlantic region for a number of years† until Dagmar took a hiatus from the music business.

During her hiatus, “Miss Brown” as she was known to her high school students, taught English to hundreds in the Montgomery County Public School System in Maryland, followed by a stint at a Top 5 accounting firm as a graphic artist. There, she learned skills based on her early art training, skills she uses today when designing CD's, posters, and other published and unpublished commercial artwork.

Her diverse background also includes work as a freelance artist and photographer: her photos have been published all over the world, including the Christian Science Monitor (USA); Jetro Magazine (Japan); American Music Magazine (Sweden); in CDs and record album cover art; and other projects). She did some runway modeling on the side. She also became a certified television producer and director: working with her team and through the in-kind services of Access Montgomery (Montgomery Community Television, Inc.), she produced a series of award-winning music videos that were broadcast or screened in venues as diverse as McMurdo Station in Antarctica; Count Gore De Vol's Show, Creature Feature, (where Dagmar also co-hosted a show with the Count); and Entertainment Tonight. Video soundtracks are composed of all-original music by Andrea Dagmar Brown, R.K. Swenson, and W.C. Holter.

In 1998, she returned to her beloved musical roots, joining an alternative country band for a brief stint, Juliet at the Rodeo. She played violin, fiddle, and acoustic guitar as well as singing lead vocals in a mixture of alt.country/Americana music. They produced a CD titled, Alt. 40W.

Now billed by her middle name, Dagmar, in December 2001 she transformed The Seductones into Dagmar and The Seductones and focused purely on singing and entertaining. She has since “… honed a sultry stage presence” (Marianne Meyer, The Washington Post). From concerts to clubs, honky tonks to hotels, ballrooms to barn dances, Dagmar delights her audiences. Her debut CD, LITTLE BITTA LOVE, was released in 2004, on TYM Records. Hear her on the newest, COME BACK TO ME, released in 2007. (See reviews.) 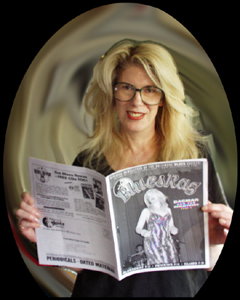