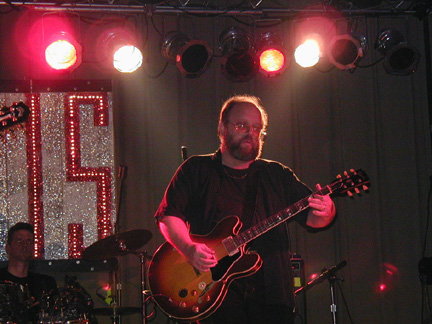 Bob Swenson, aka 'Newscaster', is a Rockabilly Hall of Fame Inductee (2nd Generation). He has been playing guitar professionally since he was thirteen. A classical guitar student at Sophocles Papas' Guitar Shop, he also studied at American University under John McGregor, a student of the great classical pioneer, Andres Segovia. Bob has backed up many great performers including Bo Diddley, The Clovers, Jack Scott, Robert Gordon, Narvel Felts, Tex Rubinowitz and others (see Bob's detailed bio for more info and links). Newscaster toured France in 1981 along with Sonny Fisher and Gene Summers. Bob's work can be found on Ripsaw Records, Bluelight Records, Raucous Records, No Club Records, and Hungry For Music Records. Newscaster plays rhythm and lead with Dagmar and The Seductones and is featured on both of Dagmar and The Seductones' CDs, Little Bitta Love, and Come Back To Me.

Bryan's bass sound first gained international exposure in the mid-Seventies when he recorded and toured in the U.S. and Canada as a member of The Star Spangled Washboard Band. He worked with Bob Newscaster in the Tennessee Rockets, appearing on Ripsaw Records, backing many rockabilly stars. He also performed with the U.S. Navy Band and worked with some of the best country and bluegrass musicians in the world. He is featured on upright and electric bass on both of Dagmar and The Seductones' CDs, Little Bitta Love, and Come Back To Me.

Since 2005, world renowned drummer George Sheppard has performed with Dagmar and The Seductones.

George Sheppard is a a protegé of Henry Adler and Louis Bellson, and has toured and recorded with greats ranging from jazz icon Dizzy Gillespie to the rock group The Talking Heads, from Grammy nominated guitarist Eric Johnson to Handy Award winners the Smokin' Joe Kubek Band with B'nois King.

Hear George featured on Dagmar and The Seductones' newest CD, “Come Back To Me.”
Read MORE about George Sheppard…

(Photo of George by Ken Eng)

For bookings and info, email Dagmar and The Seductones 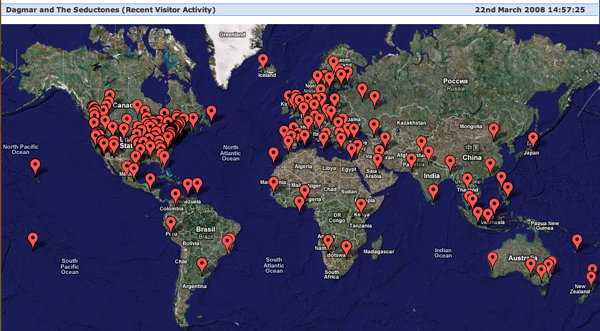